Putting Anorexia Patients on the Path to Better Health 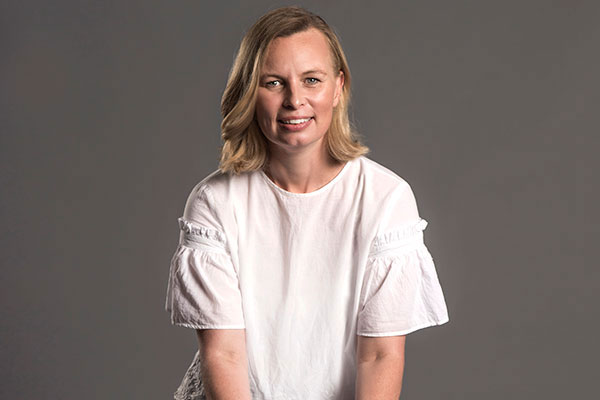 Though relatively rare, this eating disorder has a mortality rate of about 5% per decade, escalating to 20% after 20 years’ duration of illness – the highest death rate of any mental illness. Effective treatment requires complex and sustained interventions by multiple medical disciplines and, even then, only about half of patients will achieve complete remission.

Since 2013 a team from the InsideOut Institute led by Dr Sarah Maguire has worked to implement the NSW Service Plan for People with Eating Disorders, including establishing evidence-based clinical pathways for Anorexia Nervosa sufferers moving through the NSW health system.

In 2018 Sydney Health Partners funded a project which measured the extent to which the evidence-based treatment pathway has been successfully implemented in hospitals and community health services around the state.

“The only proven effective, evidence-based, clinical pathway we have for children and adolescents who present to an emergency department suffering Anorexia Nervosa is a brief period of hospitalisation followed by comprehensive community care involving the Maudsley Family Based Treatment (MFBT),” said Dr Maguire.

“But it’s really only in the last five years that we have started training clinical staff in the treatment pathway and it would be fair to say that there are places in the health system where the preferred clinical pathway is still very much under adoption.”

In an effort to understand the degree of clinical variation – and the reasons for it – the project has broken new ground by linking individual patient-level data from hospitals and community services.

“Linked data on eating disorders in Australia is very rare but in the case of Anorexia Nervosa it’s particularly important. That’s because it’s a mental illness which also has very serious physical complications. As a result patients will almost certainly come into contact with every area of the health system – from primary health care to presentations to the emergency department,” said Dr Maguire.

“Unless we can track a patient’s pathway through our health services and see whether they received the treatment they were meant to receive, we can’t improve the system.”

Dr Maguire says widespread and successful implemention of MBFT and evidence-based clinical pathways requires training of clinicians, resources and reinforcement, as well as access to some sort of specialist guidance.

“As part of the NSW Service Plan for the illness we are trying to build virtual teams because clinicians almost never treat Anorexia Nervosa in isolation,” she said.

“Because you have the mental health complexity combined with the physical health complexity, Anorexia Nervosa patients can overwhelm clinicians quite quickly. So doctors need to be able to call somebody when they don’t feel like they can handle the risk.

“As a clinician I would like to know which hospital pathway I can escalate to if things deteriorate. I need access to have all those ingredients in the health service mix or else I’m not going to be able to manage the patient.”